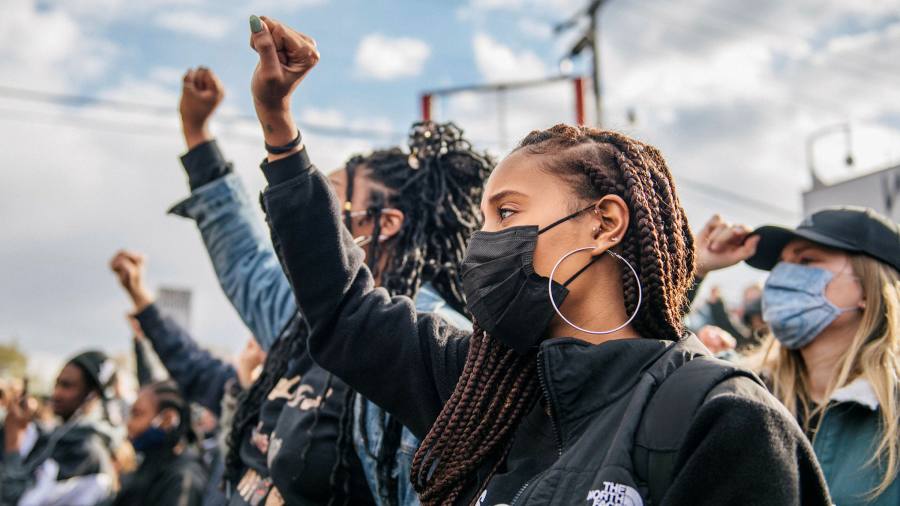 The US justice department will investigate whether there is a pattern of unlawful policing at the Minneapolis police department in the wake former officer Derek Chauvin’s conviction on charges of murdering George Floyd.

The probe was announced by US attorney-general Merrick Garland less than 24 hours after a jury in Minneapolis found Chauvin guilty of murdering Floyd last year. Joe Biden, the US president, said the verdict could potentially be a “moment of significant change”.

The verdict was hailed by civil rights advocates as a rare instance of accountability for police killings. However, it “does not address potentially systemic policing issues in Minneapolis”, Garland said on Wednesday.

“Today, I am announcing that the justice department has opened a civil investigation to determine whether the Minneapolis Police Department engages in a pattern or practice of unconstitutional or unlawful policing.”

The investigation will be a civil one, Garland said, and focus in particular on discrimination and officers’ use of violence. He said it would publish its findings if it uncovers violations. He added that in such cases, local police departments usually enter into an agreement with the justice department to change their policing policies.

The use of such consent decrees had been restricted under the Trump administration, but Garland has pledged to use them again as a tool to push through reform of local police departments.

In May last year, Chauvin, who is white, knelt on Floyd’s neck for more than nine minutes while arresting him for allegedly using a counterfeit $20 bill. Floyd’s death set off worldwide protests against racial injustice and Chauvin’s trial became one of the most closely watched US court cases in years.

Biden called Floyd’s family after the verdict. “At least, God, now there is some justice,” he told them. In a subsequent speech at the White House, the president expressed his relief at the result but noted that such verdicts were “much too rare”.