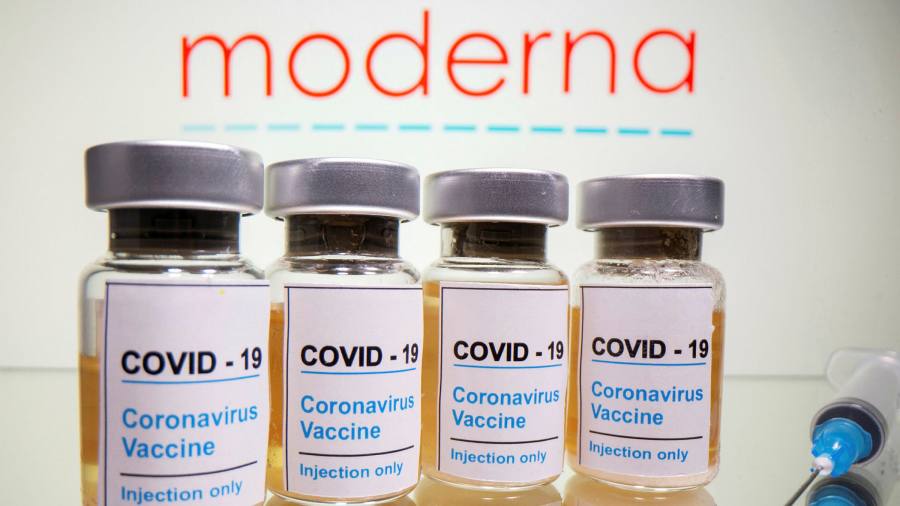 Moderna plans to submit its Covid-19 shot for regulatory approval in the US and the EU on Monday, making it the second western vaccine maker on track to start distribution in December.

The Boston-based biotech’s new trial data showed its vaccine’s efficacy rate was 94.1 per cent and there were no serious safety concerns.

Stéphane Bancel, Moderna chief executive, said the company was “most excited” about the vaccine’s ability to prevent severe disease. In the trial of 30,000, none of the participants who were vaccinated developed severe Covid-19.

“So 94 per cent of people we have no disease, no symptoms . . . Those who get it will be very, very mild and so you will almost stop, if not entirely stop, hospitalisation, and death,” he said.

Among participants who received a placebo, there were 30 cases of severe disease and one death. Moderna’s trial included high proportions of ethnic minorities, the elderly, and those with underlying conditions, so the number of participants on the placebo who developed severe disease was three times higher than in the placebo arm of the Pfizer-BioNTech trial.

In addition to filing for approval in the US and the EU, Moderna will send the same trial data to regulators where it is already under rolling review, including in the UK, the company said. 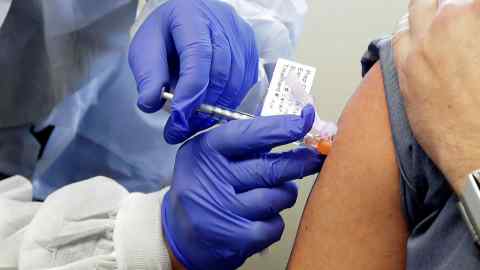 The US Food and Drug Administration’s advisory group is likely to discuss the Moderna vaccine on December 17, a week after the advisers analyse the vaccine from Pfizer and its German partner BioNTech.

In the UK vaccines are regulated by the EU’s European Medicines Agency until the end of the Brexit transition on December 31. However, the UK’s Medicines and Healthcare products Regulatory Agency also has the power to authorise products temporarily in cases of urgent public need.

The UK is set to become the first western country to roll out a Covid-19 vaccine, with the first Pfizer-BioNTech shots expected to be given as early as December 7.

Mr Bancel said it was “highly possible” that another developed country would approve the Moderna vaccine before the US, suggesting the UK or Canada may be the first to issue an emergency approval.

But he said the US was ahead in its ability to distribute an approved vaccine within 24 hours. In Europe, Moderna vaccines are being made in Switzerland and put into vials in Spain. The UK regulator would need to approve the vaccine before it leaves the Spanish factory.

“The US has done extremely well. This has been months and months of preparation and planning,” he said. He added that others would still be able to move fast, just not as quickly. “I don’t think the other countries are as ready.”

Following FDA guidelines, Moderna has tracked the average trial participant for at least two months to check for safety. There were no serious safety concerns, with side effects including joint and muscle pain, headaches and fatigue.

Video: How the US will roll out the coronavirus vaccine

Mr Bancel said one advantage of the messengerRNA technique used by Moderna, as well as rivals Pfizer and BioNTech, was that there was “strong efficacy across the board”, compared with the adenovirus-based technology used by AstraZeneca and Oxford.

“You don’t have the same patient to patient variability,” he said.

Shares in Moderna, which have soared more than 560 per cent so far this year, added 10.8 per cent in pre-market trading in New York on Monday.